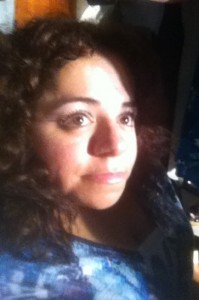 In the mid 1990s, I was in bed mending a sore pelvis after falling out of my wheelchair. My sister, Ingrid was an avid reader of every type of magazine. She thought it would cheer me and get my mind off my injury.  But I couldn’t relate to over half of the articles. Titles like “Go Hiking. It’s the Way to Mend a Broken Heart,” or “Take a Chance, Go Sky Diving,” or “Climb a Mountain. Reach New Heights.” Titles like that made me want to scream! How many people with Osteogenesis Imperfecta were climbing mountains? Pshh! For some of us, climbing out of bed was a Paralympic event.

So maybe I was having a pity party. But I don’t think so. I think I was simply fed up with mainstream magazines like Cosmopolitan, Oprah, Glamour, and Self for excluding people like me with physical disabilities. I did all those things they wrote about in their magazines but I did them differently. Except for the hiking and mountain climbing! I’ll pass on that but you give it a go and if you make it, write about it and send it in.

So there I was with over twenty magazines around me when I told my sister I didn’t like any of them. After giving her my explanation, she said what any person in my family would say to me: Make one yourself! Rip the articles that you would put in your magazine and change them for your people. (Yes! I had my “people” before being disabled was considered a “culture.”) How audacious is that?

So that’s exactly what I did with her magazines. It was great! It was fun! I had ripped out articles about fashion, sports, sex, dating, cooking, money, hobbies, make up, and advice. But then what?

Unfortunately, reality hit us. The cost of printing a magazine was crazy! We had no background experience. What were we thinking? One by one people moved on with their lives and the idea of a magazine faded away.

Less than a decade later, while chatting in an online Osteogenesis Imperfecta (OI) Yahoo forum, I brought up my magazine idea. Different people, different time period. Who knows what it was? But we got it together to make an online version of my dream.

Athena Cooper heard my thoughts and created the site for Audacity Magazine. For that, I am eternally grateful. Others like Laura Stinson, Dave Good, Michelle Henson, Frankie Gomez and Damian P. Gregory wrote, edited, and promoted the site to every forum on the internet.

My dream was becoming my reality.

I wanted to do exactly what Oprah did with her television show and continues to do with her magazine. Inspire, motivate, educate and entertain people like me with physical disabilities and those who enter our lives.

My good friend, Jorge Azor helped incorporate Audacity Magazine into a non profit organization. As a non profit, we can raise funds to hire people with physical disabilities to write, edit, promote and maintain the site running.

Within the first three years, Audacity Magazine won 3rd place in The Miami Herald Business Plan contest. It was dubbed “The Cosmopolitan for the extra ordinary person!” We made it!

Our board of trustees wants to continue to build Audacity’s reach.

We want you to join us on this audacious journey.

With your support, we can put Audacity Magazine smack in between Oprah and Cosmopolitan.

Read our stories, share our thoughts and speak your piece. If you have a few audacious dollars in your pocket click on this link Donations and help us help ourselves into living an audacious life. An audacious life is better than an average one!