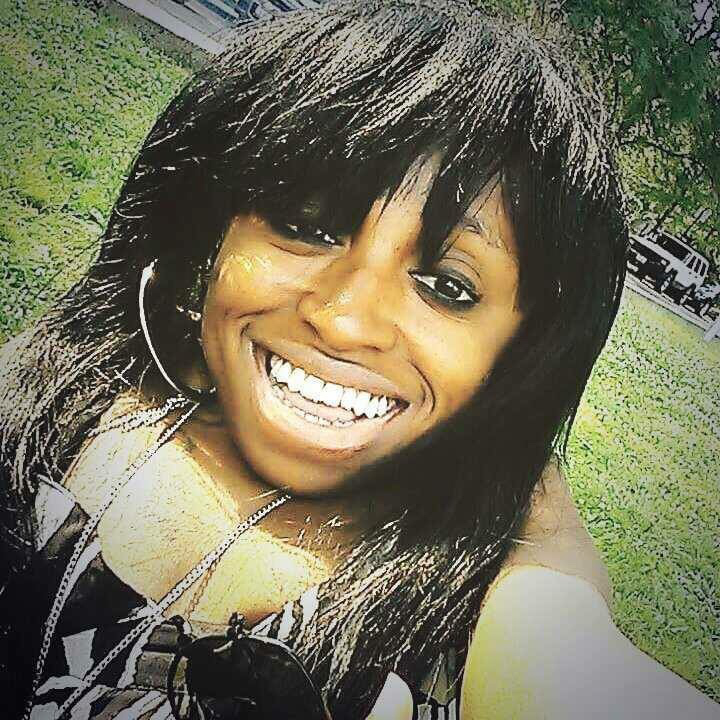 I’ve got some amazing friends and sisters. We have some of the most phenomenally deep conversations about sexual encounters with our beaus. But as an outsider, ask yourself what about sex from the perspective of a person with a disability? Well, with my group of friends and peers, it is often the subject of discussion, disability or not. Why is that? Most likely because to them I’m just one of the girls. I’m a woman, a person no matter if I’m sitting or walking. Therefore, sex toys isn’t a taboo topic with them.

Using a wheelchair as a means of mobility, I get around with no issues. As long as I’ve got my wheels and a car with a large trunk, transportation isn’t a problem.

Speaking of which, this reminds me of a night my girls and I were looking for some trouble to get into. We decided to go to an adult toy store. It was the first time I ever went to a store like that. A few of us girls went on a whim late one hot summer night. I can’t remember a time where I felt so childlike.

As we entered, suddenly my wheelchair became an eyesore. What would people think seeing a disabled woman shopping in an adult toy store? What will people think of me having sex? How can she have sex, she’s in a wheelchair! Sheer embarrassment plagued me as I gave the shopkeeper my state I.D. My mind raced with all kinds of negative thoughts of what this guy was possibly thinking. He saw me shaking nervously, as he asked, “First time huh?” I responded with this lame ass giggle, “Is it that obvious?” We then smiled at one another as he handed back my I.D. and went on about my way.

My friends and I continued on and my stomach had this gnawing, aching feel right in the pit. Shit, I was so shy and awkward; laughing constantly with this annoying giggle as we browsed the shelves. I wasn’t a virgin anymore, but because I lived such an isolated life, this place was a new world for me.

All I could think of was if I buy something, what if my mother finds it? Or what if she finds the receipt? I’d simply drop dead right then and there. Even though I was an adult. I still lived at home with my parents—and we all know that to your mom and dad, you never grow up. Keep in mind I was slowly breaking out of isolation and still treated like a child. No privacy EVER and anytime I went or did anything, I was always with my parents or siblings who were older than me. The thought of that scenario just made me nauseous. I did, however, notice the cashier placed purchased items into black opaque plastic bags so it was easy to be discreet. Those were the first moments I felt some relief.

I looked around and saw how there were hundreds upon thousands of items to choose from. Other customers were browsing without a care in the world; you can tell they weren’t new to this and that it wasn’t their first time. Shoppers ranged from groups of girlfriends, to couples arm in arm browsing together, to folks traveling alone. It was an immaculate sight. The more I browsed and watched others peruse the items with no judgment or fear, my cloud of anxiety slowly lifted.

Once I got the 4-1-1 on that little gadget, it was as if I stepped into a new realm of adulthood. It felt like I became a woman all over again—as if I had broken my virginity for a second time. Not sure why, but the embarrassment and shame disappeared into thin air. It was swiftly replaced with excitement and curiosity. I can recall being anxious to get it home and call my then boyfriend to tell him about my latest find. I knew he’d be equally ecstatic considering I got all of my teachings on the how-to’s on sex from him. I’d lost my virginity to him some time ago and he was very forthcoming in terms of sexual activity. He was a pro, at least that’s how I perceived him during that time. And in my eyes, considering my major lack of experience, he was nothing short of a God. Of course today I look back and see how much I’ve grown sexually as a woman and my knowledge of sexual activity. As I look into the past, I’m amazed at the amount of growth I’ve encountered over the years not only as a sexually progressive woman with a disability, but also in learning to allow those experiences to mold me in such unique ways.

As my friends were laughing at me from across the room, my sister approaches me with her arms folded, clad with all sorts of sex toys. We laugh as she reminds me that I’m an adult with needs. There’s nothing to be ashamed of. We all gather in the center of the store with our choices in hand. I had the time of my life! This was the first time I felt like an adult. I wondered if others ever felt this way. When we get in the car, my sister declares, “I’m about to make him beg for mercy!” We all laugh on the drive home and pull out our items, inspecting them while we wait anxiously to try them out.

Introducing B.O.B. to My Boyfriend

When I made this astounding investment, I quickly realized my then boyfriend might be a bit intimidated by this tiny contraption’s ability to make me climax faster, longer and easier than he ever could. Quite the opposite. It became part of our sexual routine—because let’s be honest, what man doesn’t like to see a woman splash like Niagara Falls? What man doesn’t like to watch his woman pleasure herself when lying next to her?

As a woman with a physical disability, I constantly worried about if my having sex was the wrong thing to do. Mainly because I didn’t feel like a normal person. Often times I felt complete sorrow for myself because I just never really felt like a woman. My disability was always on the forefront, always a thing to worry about, while being a woman tends to be runner up. So whenever I would have sex, a sexual encounter, or a dirty thought, I was afraid that I was doing something wrong. Engaging in something that felt so good and came so natural to me seemed like it would be made a mockery of in society…that it might be frowned upon by others. I not only had my parents to get through to, but also a world that I knew nothing about and the notion was entirely mutual.

Many people living with a disability also live within the invisible boundaries set by society, dictating that we should live a certain way. In my mind, and in my experience it was only ever looked upon as just a different way of life. It wasn’t until years later that I finally became sexually comfortable, allowing the buds to come into full bloom. Its invigorating scent robust with a unique ripeness seemed to encapsulate me. I was once a shy, inexperienced young woman with no expectations of being anything more than that. Owning sex toys would never have entered my thoughts. Once the hedges of protection shed from my thinking, I relished in the falling shards. Glorifying in its newness and excited for the unknown journey that awaited me. Trekking through life from A to Z on a bumpy road isn’t easy when the pavement isn’t cleared. Truly I have come along way.

How can a person with a physical disability benefit from using sex toys? Is it physically and medically safe? Will it cause harm to certain bodily functions while attempting a climax? What are the pros and cons, if any? These are a few questions I asked myself during the first time I began experimenting with a vibrator. Speaking from experience, I can at least say the act of self-service is a deeply intimate talent for a couple reasons. One, we women know just where to put it. There’s no need for a training session or providing an instructional tutorial during intermission. It’s just you, your imagination and the darkness.

Born with Osteogenesis Imperfecta, otherwise referred to as Brittle Bones disorder, a casual onlooker might observe my circumstance as one where sex should be removed completely from the equation. While everyone is entitled to their own opinion, I don’t allow their judgment to dictate how I operate my life or my sex toys. Therefore, proceeding with caution and safety is important in any situation. As long as you know your physical limitations and your partner is patient and comfortable with you, the possibilities are endless! Knowing your body is so important and masturbation is one key way of getting acquainted with it. You won’t focus on breaking a bone, but instead focus on breaking the headboard!

Using sex toys for self-gratification is the best tool or ability that a woman can own. Knowing you need no one to assist you in getting to a certain space of being is quite honorable. Women are typically vulnerable to relationships based solely on sex, mainly women who are plagued with low self-esteem. When it comes to dating, getting into unhealthy relationships is easy and requires little to no boundaries. Getting out of them is the most difficult and emotionally draining part.

For one, the physical side seems to happen very early on in a relationship, leaving no room for self-evaluation and emotional healing from the previous relationship. As a result, promiscuity is high if not inevitable. And because many times we don’t give ourselves a holiday period or time off from dating, healing never comes.

Sex requires the consent of all participants involved. But imagine never feeling obligated to need a man just for sex? Imagine the amount of heartache and disappointment that can potentially be eliminated if you simply rely on sex toys for optimal pleasure? It’s like having the best of both worlds. So as mentioned earlier on, there are pros and cons with anything in life.

Personally, I do prefer the comfort of a significant other. The presence of my favorite guy is always a pleasure. And since sex toys like a dildo can’t hold me after an orgasm, I’ll just settle for the single life until the right man comes along. In the meantime, I won’t be hung up on being sexually frustrated because I’ve got B.O.B.! Overall, sex toys have a number of positive benefits not to mention the limitless places of use; bedroom, bathroom, his room, your room, floor, kitchen counter, the shower, his car, the park etc. On that note, choose them wisely! 😉 Christine Hart was born and raised in Chicago, Illinois to a homemaker and an electrician. Being the only child out of seven born with Osteogenesis Imperfecta made adjusting and accommodations a new way of life. Christine attended Loyola University Chicago and received a  Bachelors in Management as well as a Paralegal Certification. Currently, she spends time oil painting,  creating abstract art, and jewelry making before returning to work as a Contract Paralegal. She hopes to attend Graduate school if time and energy permits.