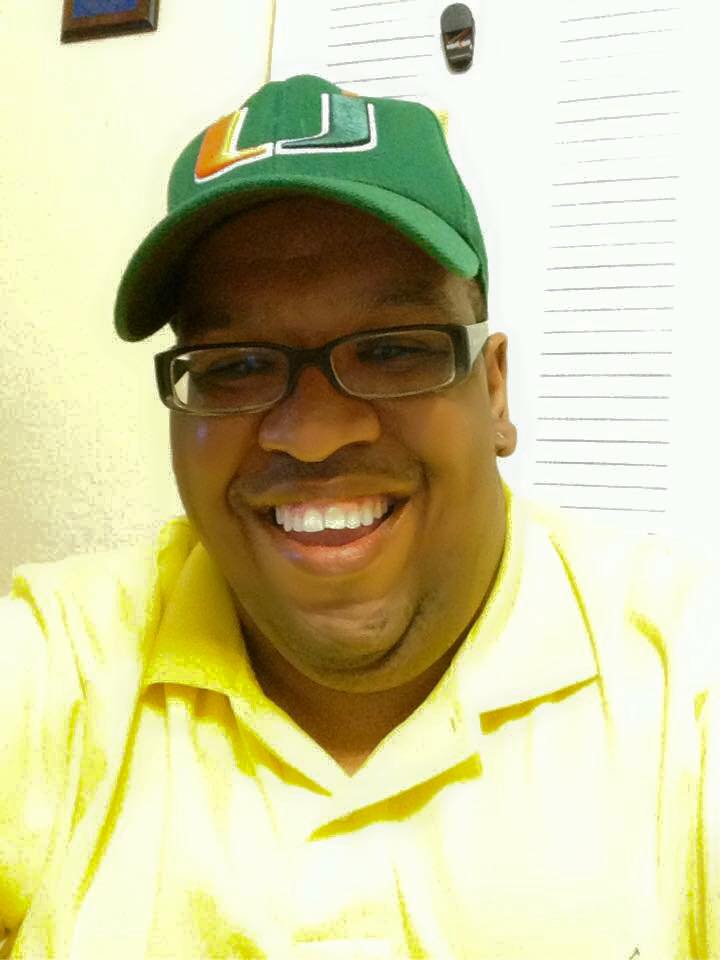 Leslie Estimable, Jesus Perez, Andre Crespo and Angel Blanco all have felt the isolation and loneliness that can come only from having a physical disability. But, all four men have had to deal with an additional burden-being disabled-while living behind bars.

They are forced to deal with their own vulnerabilities in an environment where being a survivor is not the name of a slick reality show. It is a gritty way of life.

Like most people who have had run-ins with the law, all four will tell you that their circumstances are not entirely their fault, but rather a result of a twist of fate that has left them out of sight and out mind for most of society.

These are glimpses of how they see the world from where they sit.

Though he is wearing the standard issue orange prison jumpsuit, it is hard to believe that soft-spoken Leslie Estimable is behind bars for armed robbery with a firearm.

The past three years have been particularly hard for Estimable. He has had to get accustom to so many things.

Being away from his nine brothers and sisters, the possibility of having to return to his native Bahamas, because he’s been in the U.S for most of his life, he says, but authorities say they can’t prove how long he has been in the States, so he may face deportation, when he’s released.

If he is deported, he says, he will be faced with living in a land with which he is unfamiliar, especially, as a wheelchair user.

But for right now, his concerns are more immediate.

Being able to build up his strength to get in and out of bed with his new body, the searing pain that cuts through his body when the wind hits his arms. He is still trying to gain full use of his extremities since he was shot in 2002, and the loss of his freedom.

He says he was told by prosecutors the bullet that was lodged in his spine was fired by a friend. Unsure about that, he says, he refused to testify against that friend and as a result Estimable is now in jail.

He is learning to cope. He lives alone in a small cell. The furnishings are bare, only a bed and a toilet.

He once had dreams of becoming a computer engineer, if life had gone differently, but instead he spends his days reading books and meditating.

Like most offenders, Estimable, says most of those he associated with on the outside “are in prison, dead or doing what they got to do.”

“Being disabled and being in jail, there are so many things that you miss out on, as far as the necessary things you need to do get through the day,” he said. “Disabled don’t come to jail, it’s not fun, it’s not a party. Being disabled you need someone to assist you in doing a lot of things and it is just a whole different picture.”

He is a man whose incarceration leaves a bitter taste in his mouth. Without the support of his siblings, he fears this may be only the beginning, especially if he’s deported.

“I understand that I made many mistakes, but I still need family around.”

A fall from a four-story building caused inmate Jesus Perez to break all the bones in his feet and to break both his wrists. He now uses a wheelchair.

Perez says he and five police officers were involved in a confrontation, during which he says he was hit in the head with a baton and became seriously injured.

Police charged him with aggravated assault with a weapon against a police officer. Perez disputes that.

“If you come at a police officer with a weapon, they’re going to shoot you,” he said.

“It is not easy being in here because when you are sick and you need help, you cannot get it. It is a hassle.”

With metal rods in his wrist and feet, Perez says he is constantly in pain.

“There is no rehab here,” he said. “I made a ball out of paper [to exercise] my hands.”
This is not the first time that Perez, 35, has been in trouble with the law. He was out on bond on a grand theft auto charge at the time of his arrest.

Called by police a habitual offender, Perez says, he has been told he faces 40 years with a minimum of 30 years behind bars, on this charge.

He has been involved in stealing cars for the “thrill” since he was 13 years old. A drug habit soon followed. At its peak, he says, he had a crack and cocaine habit that cost him more than $500-$600 a day.

Though in jail four or five times by his own admission, he says this time is different because of his disability.
“If someone comes and attacks me right now, I won’t be able to defend myself. To me, I should have been left in a hospital.”

With as many as 74 other inmates in a dormitory style cell where he is being held, he says he is particularly vulnerable, especially since, he says, he will not be able to use his legs and arms properly for years to come.

“What it means is that I try to stay in my bed most of the time,” he said. “Because it is only a matter of time before somebody is going to go off on you. You can’t do nothing. There are no friends in jail.”

Andre Crespo: Parole Violation
Two-time inmate Angel Crespo is not what most people would think of when they think of an inmate. Crespo, 48, has been in jail twice.

First, for breaking into his wife’s car and more recently for a parole violation, related to that charge and aggravated assault. When asked about the crimes he has committed, the Cuban native is quick to point out, that “he no kill nobody,” with pride, in an almost dismissive tone.

The double amputee is able to get around the confines of the Miami-Dade County jail with the help of his blue three wheeled motorized scooter.

“Without it, it would be harder to get around and help myself,” he said. “I can go to the bathroom with it.”

Though the motorized devise has made his life more bearable, it has not been the solution to all of his disability related problems. Crespo, who lives in a nursing home on the outside, lost both his legs five years ago, because of circulation problems which resulted from a car accident.

The accident causes Crespo, to live in constant pain, he says.

“The nurse, she no have nothing, she no give me nothing,” he said.

“Sometimes, I can’t sleep because of the pain.”

Angel Blanco: Sex Offender
Sitting in his black manual wheelchair padded with a cushion he made out of newspapers, Angel Blanco understands the principle of the squeaky wheel getting the grease. So he speaks up, mostly in writing, when he feels he needs to.

In the nine years that he has been behind bars he has learned the importance of speaking up.

Shortly before he would end up in jail, Blanco fell down a flight of stairs, damaging his spine and back, he says.

The accident left him paralyzed from the waist down.

Unable to cope with his disability, and feeling inadequate as a man, he said caused him to act out in a terrible way.

“My wife wasn’t satisfied with me sexually,” he said. “So I went and I did it with another person, and that person was underage.”

“They said that I touched, her tits, her body parts, her hands and her mouth,” he said, with slight hesitation.

The young girl was the daughter of his fourth and latest wife.

Blanco said the teenager was a willing participant, at the time of the incident.
The law saw it differently.

He will be classified as a sexual predator, when he gets out of jail. Like his young victim, Blanco, too, has known the harsh reality of violence behind bars.

He has repeatedly been assaulted, he says, by other inmates, both physically and sexually.

“They don’t give a damn about what happens to you,” Blanco said. “I got beat up, I got stabbed a whole bunch of times.”

One attack was so violent, he says, that it almost cost him his ear.

“My ear came off they sewed it back on.”

But the biggest battle, for Blanco, has not been those attacks; it has been to get the medical supplies he must rely on to cope everyday with his life as a paralyzed wheelchair user.

He says for years, he fought for an adequate supply of adult diapers, a wheelchair that is comfortable for him to use and the anti-depressants that he takes to ease the physical and psychological pain that his new life has yielded.

Most of the time, with persistence, he has been successful.

Blanco feels strongly that he has rights to proper medical care regardless of his crime.

“I know I have to pay dearly for what I did,” he said.

But that does not weaken his resolve to get what he thinks is due to him.

So “Mr. Hospital Bed,” as he is called by his fellow inmates, says he has spent much of his time behind bars writing letters, making sure that his medical needs are met.

“I know the names of the bosses and I know who to write to, to complain,” he says. “To get everything is a hassle. I am not asking for anything that is out of the ordinary, I am asking basic things,” he insists.

Should these inmates have society’s sympathy? Let us know your thoughts.

Check out our Donate page because every dollar helps keep the audacious articles coming just for you!