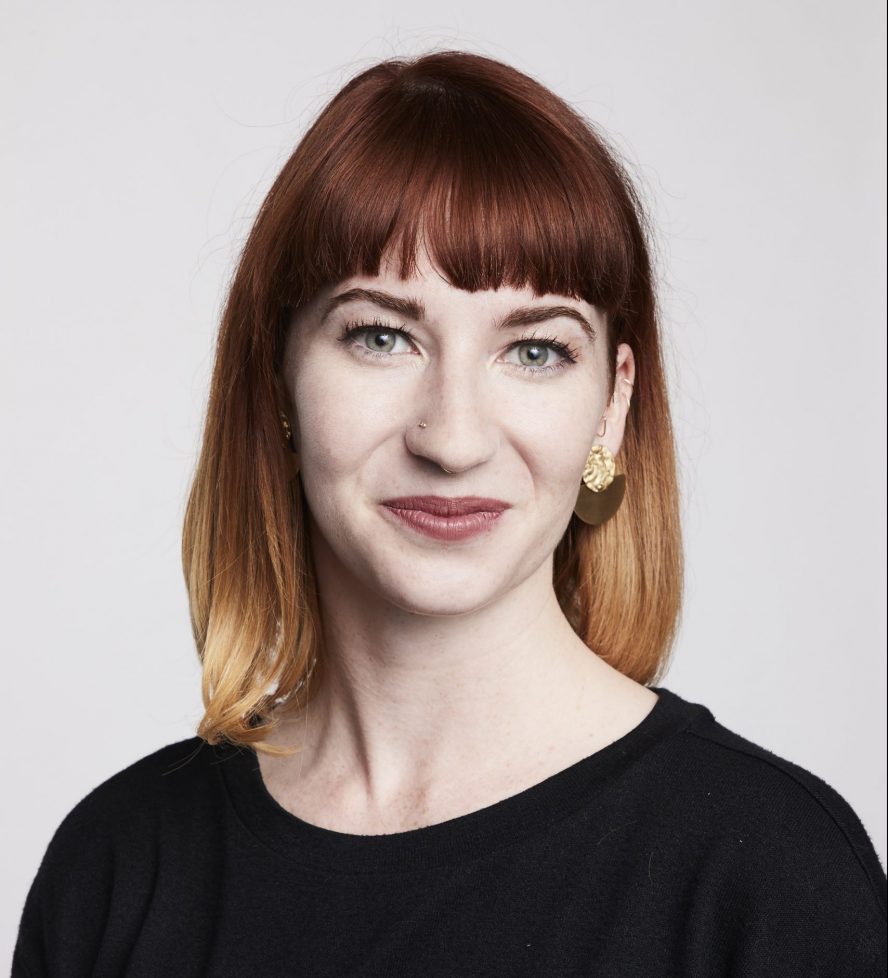 “If you have a disability, you’re an activist. Sorry.”

At a recent workshop on productivity culture in downtown Boston, facilitator and chronic illness advocate Karolina Chorvath made me do a double-take. Her co-facilitator and founder of Hourglass Boston, Nicole Fichera, emphasized that capitalistic work cultures make everyone sick, not just folks already contending with a condition.

I’d never stopped to consider that my bent towards advocacy and inclusion wasn’t an elective choice, but something my disability forced. Like many people who are diagnosed with a disability, I simply gathered together all of my self-advocacy skills, increased my literacy, and persistently demanded better access and care at my doctor’s and at work. There was never an alternative—before engaging my local representatives, multiple health insurers tried to deny care that makes it possible for me to participate in life (or work!). If you don’t think of new strategies to ensure that your quality of life and goals are centered in your care, providers generally won’t bother engaging beyond noting if a particular treatment worked, telling your insurance, and trying the next thing. Disengaged patients consistently have worse health outcomes than engaged patients—made worse by the fact that financial, racial, and class performance affects how providers treat you.

With all the personal advocacy we have to conduct just to have our healthcare needs met, it’s astounding that so many folks with disabilities make intentional space to engage in elections. While activism usually hearkens to the idea of young, abled protesters physically taking up space and relentlessly, indefatigably, persistently advocating, many people with disabilities don’t find those words applicable to the kind of resistance we can bring. As 1 in 4 Americans have a disability, this is a voter bloc candidates shouldn’t be able to overlook.

Putting it on our own words, then, is reclamation. Co-partners DisabilityThinking and the Disability Visibility Project started #CriptheVote in February of 2016 to elevate voices left out of the conversation. Geared up for another go-around, our community now gets to receive and visibly respond to the policies laid out by candidates. I’ve evaluated the final eight as we gear up for the Nevada caucus and South Carolina primary before Super Tuesday, sorting them in order according to these metrics:

Many advocates are evaluating candidates along this important metric for inclusion—Miami Lighthouse for the Blind and Visually Impaired released ADA compliance information and consulted with candidates to make improvements, but currently report that most are still not fully accessible. Others criticize disability plans that were consulted by a strata of self-identified advocates, cautious that it may not represent more severe disabilities. There are many ways to evaluate the potential impact of each candidates’ presidency; I approached this as a person hoping to learn from the candidates’ sites, the format available to me.

For me, the lack of a plan specifically viewing people with disabilities as a relevant group outside of other statuses (veteran, “older”, etc.) is immediately disqualifying because it necessarily excludes a large number of folks with disabilities. Noxious statements in Representative Gabbard’s health plan that imply health is a matter of choice repeat ableist rhetoric around bad choices leading to bad health. The lack of a specific plan from Former Mayor Bloomberg is disqualifying, even with an accessible website (which came after the frontrunners had made the move).

Presidential candidates, Senator Klobuchar and Tom Steyer both have policies but haven’t consulted with advocates to make their site accessible to those who might be subject to them. This basic lack of regard for reaching concerned parties indicates a lack of true interest in inclusion. Former VP Biden’s plan and accessibility statement would be encouraging if they did not tumble together between the Iowa and New Hampshire primaries in a bid to keep up with Sanders and Warren; his emphasis on maintaining the ACA will economically exclude the most vulnerable people with disabilities from getting access to care.

Now we’re left with three candidates advocating for shades of Medicare for All, with candidates largely hitting the same crucial beats around the marriage penalty, forced institutionalization, and the discriminatory minimum wage for people with disabilities. Both Mayor Buttigieg and Senator Warren have said they will pursue Medicare for All Who Want It, and Senator Warren has a rolling plan beginning with a public option and culminating in Medicare for All.  Senator Sanders has remained resolute on Medicare for All without compromise and genuinely seems to evaluate each and every one of his policies as they impact people with disabilities, rather than siloing it as a special interest.

As people with disabilities, engaging with the electoral process can be wrought with obstacles, inaccessibility, and structural exclusion. It’s further complicated by the fact that quality of life as a person with a disability is multifactorial: candidates’ healthcare and economic policies will heavily impact the quality of life for Americans with disabilities. No candidate should claim they have the audacity to win if they can’t elevate the audacity it takes to participate with a disability despite a system designed without accessibility in mind.

You can confirm your voter registration status here, and check with your state’s Secretary of State for accessible polling locations or an absentee ballot in advance of the primaries. Let’s #CriptheVote.

Chaya Rusk is a writer with Interstitial cystitis interested in public health. See her work at chayarusk.com/clips.

Be sure to join the many audacious readers with our newsletter. Click here.