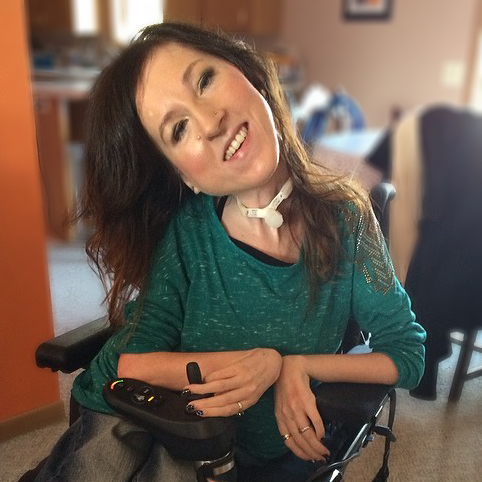 Just kidding! Though, way back in late 2007 was the first time I wrote for Audacity Magazine. I don’t remember how I even found out about Audacity. I have a feeling I caught wind of it through MySpace or a Yahoo group. There was a contest being held in search of new writers for the online lifestyle magazine, and I was one bored college grad two years out of school who was extremely confused. I honestly had no clue what my passion in life was. Have you ever felt like that?

At that time, I was rearing to give the world a taste of what I had to say. I wasn’t shy online. I didn’t care about opinions, negative comments, or trolls. I needed to be heard in some capacity. I blogged my thoughts on MySpace, and I remember feeling so liberated.

People actually read my posts! Feeling the connections with these readers was amazing. I wanted to share that with a broader audience, and my opportunity showed up.

I know I am a creative—I can be sure of that! My degree is in Art with a Graphic Design concentration, and I took a variety of other college classes to quench my thirst for knowledge. Writing classes were some of my favorites, but I enjoyed literature and history as well. I like to dabble in a bit of this, and a bit of that.

When I graduated college, I realized graphic design wasn’t something I liked as more than a personal hobby. It wasn’t what I loved. I find it hard to only focus on one area or subject–I enjoy doing something different every day. I was disillusioned to think there was one thing out there I would be passionate about, and I expected this realization of what my life’s purpose was to simply fall into my lap.

Seven years later, I still cannot name what I am most passionate about (in truth, I have many little delights). Yet I have been brought back to Audacity after such a long stretch of time. I know that many other people in this world haven’t exactly found a magical career that makes them blissfully happy either. In hindsight, it doesn’t really matter in the long run as long as you keep growing as a person and can find some happiness in what you are doing in life.

A confession has to be made before I go on. This article would be missing something if I didn’t admit that during 2007 and 2008 I was having a really rough time in life. I feel kind of bad saying it as there are others who experience tougher times than I ever have. But on my personal scale of roughness…it was high up on the scale.

In 2006, I went through a few emotionally draining life situations. I had been in the hospital, had resigned from a start up business venture with some friends which ended in some severed relationships, then I had lost a couple of loved ones I really admired later in the year from health related circumstances. I was pretty down in the dumps!

Anxiety kicked in, I began to not sleep much. Thoughts, fears, emotions, and sadness sort of culminated slowly in the background before I realized what was happening.

I was lost as a person, or at least that is how I felt. I had no idea what I wanted to do in life, I lived in a tiny box of an apartment, most of my friends moved away, and I felt very alone. Can you relate?

Since writing was something I enjoyed, I entered the contest to earn a spot writing for Audacity; I decided it might be good for me to try. The monthly articles gave me something to look forward to–something to focus on.

Basically, all I had to do was be my funny self as I had been on my blog and I had to do it once a month for a few months until a winner was selected. Easy, right? Well, not always easy, however, it always gave me a sort of high when I finished an article and sent it in. I felt like I was connecting with more people. Whether others said they identified with me or learned something from me, I felt I had done something worthwhile. That turned out to be the best part!

That is an entirely different article, but if reading about my life makes another person appreciate the little things in his or her life more, so be it.

To my surprise, when the Audacity Magazine contest was over, I was awarded my own column! It was called, “My Life: Straight Up With A Twist.” Yup! It’s still here!

It was my goal to write about issues that not only affected myself, but affected others in a similar situation. I wanted to bring awareness to society to promote a broader scope of thinking and acceptance. I also wanted to entertain and connect. What is life without humor after all?

I think those goals were achieved during my time at Audacity Magazine. I feel very proud of that (even if I do cringe a little at my writing skills back then)!

So, why did I stop writing my column? Well, all those things that had happened in 2006 were still affecting me throughout 2007. My ability to keep my anxiety in complete control diminished until I realized I was not myself. I was exhausted all the time (I dozed off while shopping once, not the most normal thing to do while at the store).

I started withdrawing from relationships I built online, I felt I had nothing to write about. I kind of wanted to hide. I needed to do something about it; I couldn’t camouflage it anymore, so I went to my doctor. She felt it was a combination of some post traumatic stress, anxiety, and not sleeping. I began taking meds temporarily to help me get back to my normal self.

Just when things were returning to normal and improving, I nearly lost my own life! I went into respiratory arrest from aspiration pneumonia in mid 2008. I stayed in ICU for ten days. The prognosis was pretty grim.

A failed intubation attempt by a hometown doctor who waited too long to intubate me in the first place, severely damaged my trachea. An emergency tracheotomy was performed and a helicopter was called. I was air lifted to a bigger hospital to repair my trachea and to insert a trachea tube.

Palliative Care “Specialists” said that I likely had brain damage, wouldn’t be able to breathe on my own, talk, eat, drink, or live in my own home again. I say “Specialists” in quotes because while it may be in their job description to give a patient and their families a realistic prognosis, they are seriously the right hand of the grim reaper! No positive words came from these people. They thought they knew how strong or weak I was purely by sight.

On The Road to Recovery

That was a pretty hard hit! But I knew I would be alright. There were positive people around me to drown out the negativity I was receiving from those who thought they knew by looking at me that I was frail and weak. I recovered in about two months’ time in the hospital. I did everything those “Specialists” said I’d never do again. The only major difference in my condition the tube in my neck and I slept hooked to a ventilator at night.

My life changed in other ways I had never imagined though. The biggest adjustments were getting used to sleeping hooked up to the ventilator at home, a room full of more medical supplies than I ever wanted to see in my house, and having homecare all day, every day (also known as, goodbye glorious moments of solitude)! I was no longer in any mood to write. I needed to heal, find myself again, and learn how to live this new life.

I was simply happy to be alive and wake up every day. I still am!

On The Road To Writing

I have learned a lot since writing last for Audacity Magazine. All that has happened taught me how strong I can be. I’ve gotten used to what my life is and I’m making the most of it. There will always be good days as well as bad, but the bad days are nothing compared to how unpleasant things can turn out to be.

Over the years, Nathasha, the Audacious editor of this publication, has checked in on me and always encouraged me to continue writing. She saved my place here if I ever felt up to coming back. She urged me to return even more when she found out I started my own blog. It’s a great way to get more exposure to my own blog.

I think I just wheeled myself in a circle, but I sense the Universe is trying to tell me something. It is telling me to write again, and Audacity is ready to light the fire under this chick’s proverbial ass!

It’s time to be Audacious! I am ready! I might get stuck occasionally, lack energy, say the wrong thing, or not know how to best communicate my thoughts once in awhile, but I know I am not by myself here. As long as there are readers and feedback, that is all I need, and I’d love to hear your voice!

Have you ever gone full circle to find yourself better than you were before? What’s your story?

Editor’s Note: Tashauna Swanson has her own blog http://rangeelichick.com/  Check it out!

We’d like to keep Tashauna here as a paid writer. If you agree, you can donate  to Audacity Magazine.