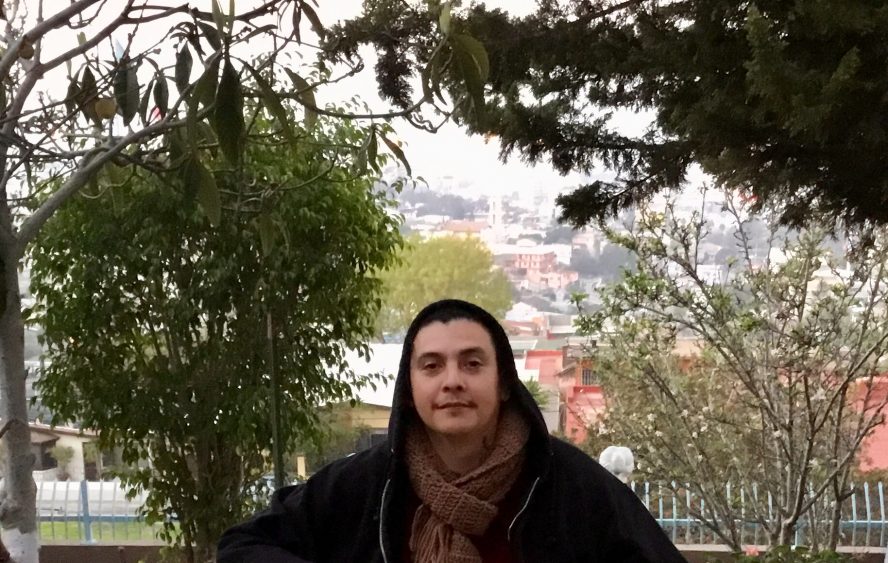 Sleep paralysis is when a person is aware but unable to move or speak. During an episode one may find it difficult to breathe and be overcome with fear. It had happened to me before and that was my first reaction upon waking up in the hospital. Set aside I didn’t know where I was, more importantly was why I couldn’t move.

So what’s it like not being able to move? Well, the best example I can give is for you to try to move only one ear without moving your eyebrows (or any other part of your body for that matter). You know your ear is there but you can’t find how to send the command to move, nothing like wiggling your toes or making a fist.

Movement is underrated, taken for granted.

Thanatophobia is a form of anxiety characterized by a fear of one’s own death or the process of dying. It’s also known as death anxiety. I’m not saying I walked around being a scaredy-cat, simply put, the thought of death lingered in my mind.

Now these were not suicidal thoughts. I would daydream and imagine myself in accidents and wonder as to what the cause of my death would be. My dreams were haunted by images of me being shot in the back or staring down the barrel of a gun and waking up as soon as the trigger was pulled. Whose to say I wasn’t foreseeing my fate for I went as far as laying down on the bed and imagined how I would try to move myself were I to be quadriplegic.

Today I live with paralysis. Accustomed far too well with not being able to move anything below my chest. Along with anxiety attacks if left completely
horizontal for a prolonged amount of time, I also suffer from severe back and leg spasms. The same anxiety has caused me to rip out my fingernails on more than one occasion.

Lately I’ve been spending days in bed without sitting in a wheelchair. Imagine being wired on caffeine and being tied down – that’s sort of the feeling. I’ve accepted my condition for it’s been almost three years since my accident. What I can’t get accustomed to is having to rely on others. How I wish I could sit in a wheelchair and move myself around, but I can’t, once again I’m dependent of others to do that for me as well.

What is a good life? Is it financial security and a big family? Perhaps being
able to travel the world or simply living a long healthy life. How about walking?

The definition of a good life can be several things depending on who you ask. I’ve lived more than one good life and I’m not referring to reincarnation. Imagine lifetime divided into acts as if it were a play with its intrigues, conflicts, crossroads and catastrophes. Living in different places and changing jobs or professions.

Particular moments as scenes. I had a life before living in Mexico, another as I adjusted to my new life and so on. There was a time when I turned my life around and became a teacher. Quite ironic actually now that, as many students, I didn’t like school – with the exception of art classes. The pay wasn’t the best but the feeling of being able to help others while changing the direction of my life was good enough for me. Add to that the fact that the school was minutes away from the beach and we’re talking about working in paradise.

Then I went from being a teacher to an academic coordinator responsible for up to 9 teachers and close to 500 students. Some of those students went on to become teachers and a couple of teachers onto coordinators also. That’s a great feeling, knowing I contributed to society. Life shouldn’t be materialistic.

No one is leaving this earth with their possessions.

For better or for worse I’ve lived with the “if someone else can do it I can too” mindset. Perhaps that’s why I have been hired for positions in which I’ve had no experience and was able to move up the ladder. Lucky enough to be able to move to new cities and start from scratch. Blessed with the ability to share what I know for the betterment of others. Settling down and starting a family was the good life for me. Being able to provide for them and finally start to think long term was new and exciting. However, some good things must come to an end.

That is why the best life I ever had was as a child. Not knowing of life’s trials and tribulations. Content with having my family and accompanying my parents to work in the agricultural fields. Learning what hard work was and not having much but not wanting nor needing more.

It is said that life is what we make of it and I’ve lived recklessly. Before the
suits and ties I made some of the worst decisions possible. Letting down so many and not being there when I was supposed to be. Hundreds of bad memories and skeletons in my closet.

Remember karma? I do everyday. Some wrongs just cannot be made right. We are a product of our own actions or inactions. As children we are taught
that our choices have results or consequences. As adults we are well aware (or should be) that our decisions can alter our lives.

In the summer of the year 2000 I was heading to Tijuana after having lived
in California for 15 years. I was only 20 years old and was about to live one of my bad lives. My first job there was demolishing cinder blocks with a sledgehammer for 8 hours a day Monday through Saturday for 700 pesos a week (roughly 70 dollars). I did that for only two weeks.

After which I went to work at a bar & grill restaurant. There I worked on tips and commissions only but it beat the heck out of swinging a sledgehammer all day. Unfortunately, I started learning the tricks of the
trade and also the drug use associated with it. Lucky for me my sister’s birthday celebration was coming up and I would return to California once again.

Several months passed as I served time in state prison for illegal entry into
the United States before returning to Mexico. I had done time before and I can tell you this; for all the danger and absence of freedom incarceration is, the real punishment is the length of time one has to think.

Hitting the streets again I felt I had to make up for lost time. So what do you do at that age when night after night your “job” is to purvey the tools necessary for your peers and others to satisfy their vices? You have the time of your life that’s what.

If the California Department of Corrections was to me what a college education is to others then living on my own in Mexico is my PhD. Little did I know that the road I was on would lead me to one day be eating out of the garbage. That’s where irrational decisions are made. Once you’ve hit rock bottom the only place to go is back up but you’re going to have to go through mud to get there.

Don’t make good deeds seem bad nor bad deeds seem good. Someone should really convey that to some caregivers starting with those near me. This current life is toxic and everyday that goes by is grueling. Being the youngest here I not only witness tact that deserves to be overseen and corrected but I also endure it.

Yes, I’ve spoken up to management about it though no change is made. Building character by overcoming adversity is for everyone but true character is unveiled with power. At times this place resembles a detention facility with its guards barging in the morning yelling aloud and repetitious days.

Regardless of it all, I remain grateful because of two things; 1- I know it’s not chump change what’s being paid for me to be here and I’d like to publicly thank my family for it. I know for a fact it is definitely not easy.

2- There will always be someone who is worse off than we are. Sundays used to be my favorite day of the week before my accident and arriving here. Before I would complain that I didn’t have a day during the week where I could wake up late and when Sunday came around I would be up
early making breakfast.

If it’s one thing I’ve learned in all my different lives is that if you don’t like your current situation do something about it. By writing to you, that’s what I intend to do with my situation.

Tell me your thoughts on this piece. If you think this might help others, please share it with them.

Bio: I’m César Bazúa, survivor of a C4/C5 SCI, quadriplegic. Living in México and defying everything I can’t conform to. Dying to live my second life better than my first. Born in Tijuana and winner of the first place author award in the Fremont School District Book Affair 1987 at the age of 8. I’ve been proving doctors wrong since 2016. Now on twitter www.twitter.com/yannichingaz