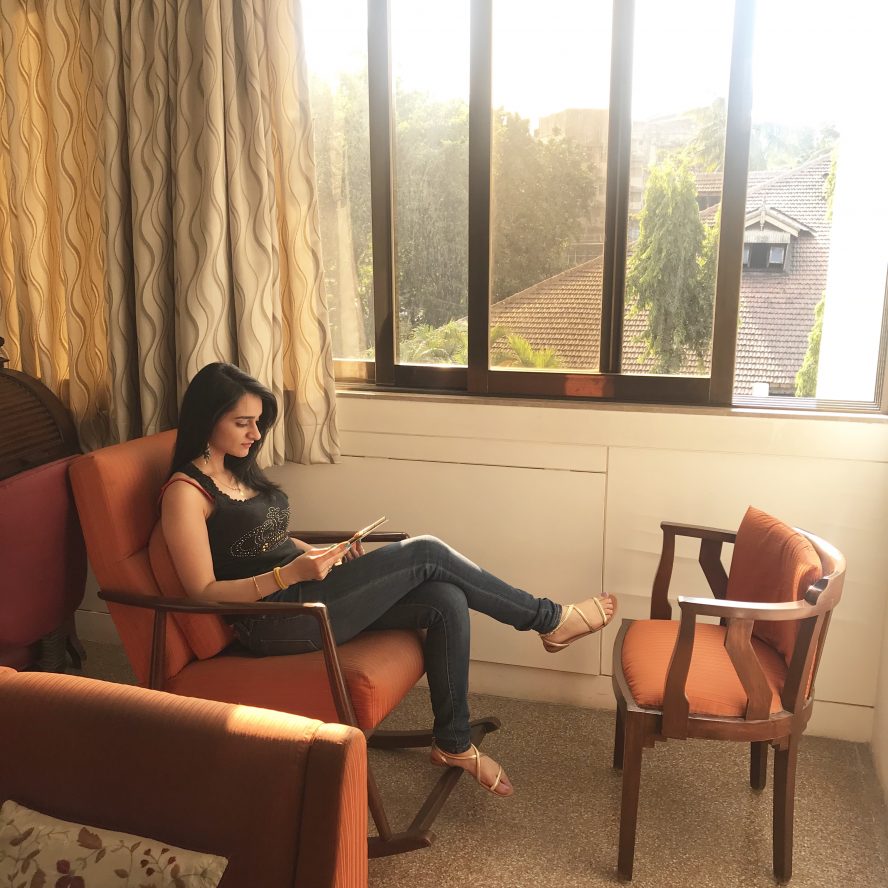 Sometimes when I am half asleep, I curl my toes, twist my ankle, and stretch my leg till I can feel it from hip to toe. I do this often, waiting till I can feel any stretch, poke, twinge, twang…hoping none turn into spasms, aches, pains, throbs…

Under the cover of darkness, I can do this over and over and over again until I’m sure I still feel my extremities, especially on my left leg. Some nights, the exercise is over in a few minutes. Others, I lie awake counting every stab, waiting for the distinct twitch in my surgical wound, breathing in-and-out-in-and-out, quelling any fear of the second fragmented disc in my spine shattering as I sleep.

It’s a common occurrence now, in these years of rehabilitation after my severe spinal stenosis diagnosis. My back weakens, my discs fragment. But out of it all, I’ve gained the ability to spend these nights soothing the anxiety that four years ago, would have kept me up in a sequence of fury and feelings of impending doom.

In my early twenties, I was aggressively enterprising, incredibly ambitious, and never said no—none of which did me any good. Sure, I had a stable full-time-all-the-time job, could juggle a million things at once, and achieved some pretty sublime stuff.

I wouldn’t change any of it. However, I would allow myself more room to point to the things I was doing because I enjoyed them, and those I was doing to slip out from under the albatross in my chest I didn’t know was actually crippling anxiety.

Anxiety is a word too many people dismiss everywhere, and especially where I come from in India. For the most part, it’s a non-issue. A ‘made-up’ condition that isn’t really a condition at all, and you’re either ‘overreacting’ or ‘making a fuss.’ There’s a lot of emphasis on working through it, dealing with it, not complaining. On the idea that it’s ‘all-in-the-mind’ and you can
simply choose not to be anxious if you so wish.

But I didn’t think I had anxiety.  I just knew situations where my heart raced, I couldn’t breathe, couldn’t move my limbs, and was fatigued beyond all logic. The insomnia, the fact that I was nauseated more than I wasn’t, and that no physical ailments were causing me to throw up as often as I did…Sometimes, I successfully danced, brisk-walked, worked my way out of it. Mostly, I pretended it didn’t exist. If you work yourself hard enough, you can wade through the murky waters of a panic attack—but how whole are you on the other side?

I don’t know how sustainable it was, to keep going even though something in my system often told me to stop, breathe—take a step back. Then, sometime in my mid-twenties, I felt a twinge in my leg. The sort of pain you feel from a nasty bout of PMS.

Because I already lived with painful PMS, I chalked this up to just one more thing I had to deal with one week of every month. Except, it slowly began to creep into other weeks until week after week, day after day, all I could feel was a searing pain running from the top of my hip down to my littlest toe.
“It’s probably just a vitamin deficiency,” one of the first doctors told me, his misdiagnosis strengthened by my anemic history.

“You just need more exercise, it’s muscle weakness,” another said, staring me up and down as if to suggest I was over-exaggerating the excruciating pain that was now making each step I took a sort of squat-stoop-skip routine.

I didn’t have intense back pain, so there was no reason for any doctors to jump to a back problem. However, since I was getting a profusion of tests and X-rays anyway, why not check?  The X-rays showed nothing untoward, and months later, I was still hobbling back and forth from work. I was now unable to sit or sleep without the stabbing in my leg and completely unable to stand for longer than a minute. I was also boiling over in fits of unjustified rage, which led to disquiet, unease, and then that familiar, crushing feeling of anxiety.

And then one day, my leg went completely numb, buckled under me, and I found myself immobile on the shower floor. An immediate panic attack ensued as I worried about how I would get to work on time. I don’t remember much after that—my mother placing me on the bed, sending someone a message, falling asleep, and waking up with my leg throbbing.

“Maybe you need an MRI.” At this point, I wasn’t sure anything would work. I was also beginning slowly—for the first time in my life—to realize I didn’t just have ‘mood swings’ or ‘overreact,’ I had full-blown, in-your-face, panic-attack-anywhere-anytime, anxiety.

This was confirmed at the clinic where, as I waited for the MRI in a well-lit room with ample space and high ceilings, my chest closed up, and I felt as if I was being shoved into a tight tunnel and stomped on, over and over again. Spending close to half an hour with my leg painfully strapped down in an MRI machine only exacerbated it.

I spent the months leading up to my final diagnosis torpefied by a synthesis of general anxiety and a new fear that I would never walk again. Because I could no longer do all the things I used to do to manage my anxiety, I began to have severe, long-drawn-out attacks.

After a necessary surgery to relieve my nerves of the pinch of a fragmented disc and prevent paralysis, I spent a while unable to turn over on my side myself. I had to learn how to do all the little things I’d taken for granted: climb stairs, walk, lift my leg high enough to step forward without shuffling.

My brain couldn’t compute the idea of a slower pace. Through trying and failing to continue ‘life as usual,’ I let go of a few freelance clients, quit my job, and canceled several social engagements. I stopped checking my email every five seconds. I decided to go ahead with ‘moving across the world to study.” Finding myself now managing my newfound issues in New York.

Here, the less I tried to bury my anxiety under a mountain of tasks and chores, the less I ignored how I felt, and the more I accepted how normal it was to feel the way I did. The more I did this, the more I could manage and control my attacks.

Taking a step back initially gave me more panic attacks—I had no idea how to relax. And then, slowly, I learned to stop apologizing for all the things I couldn’t do. To trust that there were different degrees of ‘enough’ and that taking a step back would be a non-issue in a world not skewed so solidly in favor of the abled.

The more time I was forced to spend ‘not doing anything,’ the more time I had to learn about, accept, and manage everything my body had been begging me to for so long. This included the anxiety, the panic attacks, the sudden ditches of despair.

I live every day with the uncertainty of when and how intensely the pain will hit. Degenerative conditions don’t disappear; the pain is chronic and often frustrating. I still wish I could do some of the things I no longer can. But through each little stab, throb, and ache, I also wiggle free of the crushing yoke of untended anxiety.

So, through all the cycling between mild discomfort and severe pain, the one thing I feel most consistently is relief. Relief because I know what’s wrong with my back. I can effectively manage my pain instead of trying to push myself to run when I need to crawl. Relief because the inability to ignore my anxiety, to cloak it in brisk walks and fast motorcycle rides, or bury it under a pile of work, helps me recognize, acknowledge and address what my body is trying to tell me.

Rhea Dhanbhoora is a writer and editor from The Hudson Valley. Her work has appeared in or is forthcoming in publications such as The Hindu, Quint, The Apeiron Review, sPARKLE & bLINK, Awakened Voices, Five on the Fifth, Capsule Stories, Fly on the Wall Press, HrStry, and JMWW. She’s currently working on a linked collection about women based in the underrepresented Parsi Zoroastrian diaspora.  https://www.rheadhanbhoora.com/

Remember to subscribe to the newsletter that reveals more ways to live audaciously, one moment at a time. Subscribe