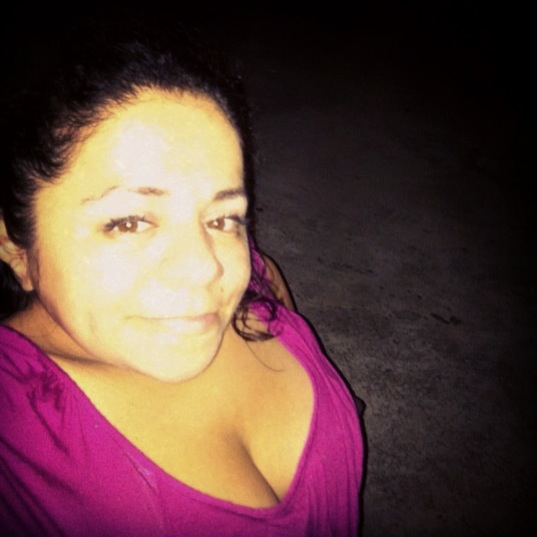 Growing up with Death sounds so weird, right? How can I possibly grow up with Death? But that’s how I feel. Death has been in my life since I was in kindergarten. If you’re immersed in the world of people with physical disabilities, death might have been with you throughout your entire life.

From pre-K to fifth grade, I attended a school in Albertson, New York now named the Dr. Henry Viscardi School. I remember it was a school for kids with physical disabilities. It was a place that was no stranger to Death since many of the students had disabilities that guaranteed a shorter lifespan than the norm, but I never remember feeling anything but alive in that environment. We sang, we played, we drew, we colored, we laughed and we learned. And some died.

When I was in kindergarten, one of my best friends died. Her name was Connie. I don’t know how she died. I can’t remember much about that time but I remember I had lost a friend.

My mom said that the school asked her to tell me about Connie’s death so that I could help my friends when they found out. Supposedly, I told my kindergarten classmates that Connie was playing with the angels in Heaven. It was my first memory of how Death at an early age and living with a physical disability would go hand in hand.

Was Death After Me?

Later on, Death took away my friend Dale. She was adorable with her freckles and jet black hair. She was so tiny. That’s saying a lot from one shorty about another shorty. Dale’s Osteogenesis Imperfecta was more severe than mine. I was still a little girl and I had no idea about different types of OI. Severe, less severe, mild, moderate…who knew about that stuff at the age of 10? I only knew that Dale had what I had and now she was dead because of it. Could Death be after me?

Fortunately, I didn’t give Death much thought because in our school we laughed and played and learned. We did everything that I thought happened in other schools where the kids weren’t in wheelchairs or used crutches or canes. It turns out that the biggest difference between my school and my sister’s school was Death.

Death seemed to visit our school more than other schools. My younger sister who attended public schools never came home to tell us that one of her friends from school had died.

Death at My New York School

Yet, after losing Connie and Dale, Death took some more of my friends. If there was a tug of war at my school with Death, Death looked like it was winning. But if you saw us playing in the school’s accessible playground or drawing in art class, you’d never know it.

At the end of fifth grade, my family and I moved to Miami, Florida. I attended a public school much more different than the one in New York. Although I had left the school, Death chose to stay there. Death took my friend John Shultz who also had my disability. I lost several friends with Muscular Dystrophy like Jimmy and Maria Compaccia, Nannette and Nicholas S. to Death. Even one of the sweetest guys ever, Adam Gerson left us to be with Death. Death had no boundaries. Death had no shame.

Don’t know if you have been keeping track but before the age of 18, I had lost at least eight friends with physical disabilities to Death. It was sad.

Death Segregates Us and Slowly Kills Us

Later on, I found out that many of the kids couldn’t deal with Death and having a physical disability. They turned to drugs and alcohol to numb the pain away. Depression was Death’s ugly brother and for some of my friends, he was there to stay.

Some of my friends with physical disabilities would drown in booze and drugs and say, “Tash, we got the short end of the stick in life. Fuck it!”

I could hear the pain in their voices. I could feel their sadness. It was like a wet heavy blanket over my shoulders. I felt helpless. What could I do to help my friends? How could I make them understand that Death was for everyone, sooner or later? But it seems Death likes to tap on the shoulders of people born with physical disabilities much earlier in the game than in others.

Death found my friends with Osteogenesis Imperfecta like Peter Webster who was a writer for Audacity Magazine and Becky Sisco who made me laugh at OIF Conferences. Death took my cousin Frankie who had Muscular Dystrophy and my friend, Richard de la Pena who had Spina Bifida.

UPDATE: Death has taken more of my friends. If I wrote the list of names, I’d cry myself to sleep. But we can say that the toll is now in the 30s.

Death Knocked on My Door.

There have been times when Death has knocked on my door. When I was about nine years old, I had an operation to place a rod in one of my limbs and I stopped breathing for awhile during the operation. That was Death! He was asking for a dance. But I had the strength to say, “NO! I will sit that dance out!”

In my 20s, Death asked me to dance again. One Christmas morning, I woke my mom up to tell her that I couldn’t breathe. She drove to the emergency room as the sun was rising. I was admitted into the hospital. That same day, in my hospital room, I opened my eyes and there was a priest next to me. He asked me if I wanted to pray. I knew from movies that if a priest is at your bedside, you were going to die. Death was here for me. I was going to fight that one too, like an exorcism.  The priest and I prayed. After he left, I called my mom. I told her that I was going to die! I told her about the priest’s visit. She explained that she had put down that I was catholic and priests visit patients. I didn’t believe her. I hung up and called my boyfriend. I told him about the priest’s visit. My boyfriend said, “Babe, you’re going to die!” I agreed with him.

It was a week before New Year’s Eve and my superstitious attitude helped me defeat Death this time. I told the doctor that I couldn’t be in the hospital on New Year’s Eve because it was bad luck. The doctor said I would be there. I said no way! What do I have to do so he will discharge me? He gave me a criteria and I did it! As I was being discharged the day before New Year’s Eve, the doctor confessed that I almost went into respiratory arrest after battling a pneumonia. Death didn’t win this round.

Every now and then, Death peeks in to see if I’m ready to dance my life away with him but this is one dance I’m going to do my best to avoid for at least a few more decades.

Now I cherish every summer, spring, winter, fall. I am grateful for every birthday and holiday. I welcome challenges to overcome because they remind me that I am alive and Death hasn’t gotten me.

In the meantime, I keep the beautiful memories of my time with those who have gone on to be with Death.

Living an audacious life is important to me. Is it for you?

Have you grown up with Death? What has been your experience?

Nathasha Alvarez is the founder, editor and your friendly Latina Diva on Wheels. Her goal is to support disabled people who want to live audaciously, one moment at a time. www.nathashaalvarez.com

If you haven’t already, sign up for the newsletter. Soon subscribers to the newsletter will be receiving first hand information about living audaciously one moment at a time.

We’d love it if you became one of our audacious donors. Check out our donation page . Because of every $5, $10, $20 donation from readers all over the world, we’ve been able to raise enough to pay 500 freelance writers.

Make sure you check this article out! Click here.